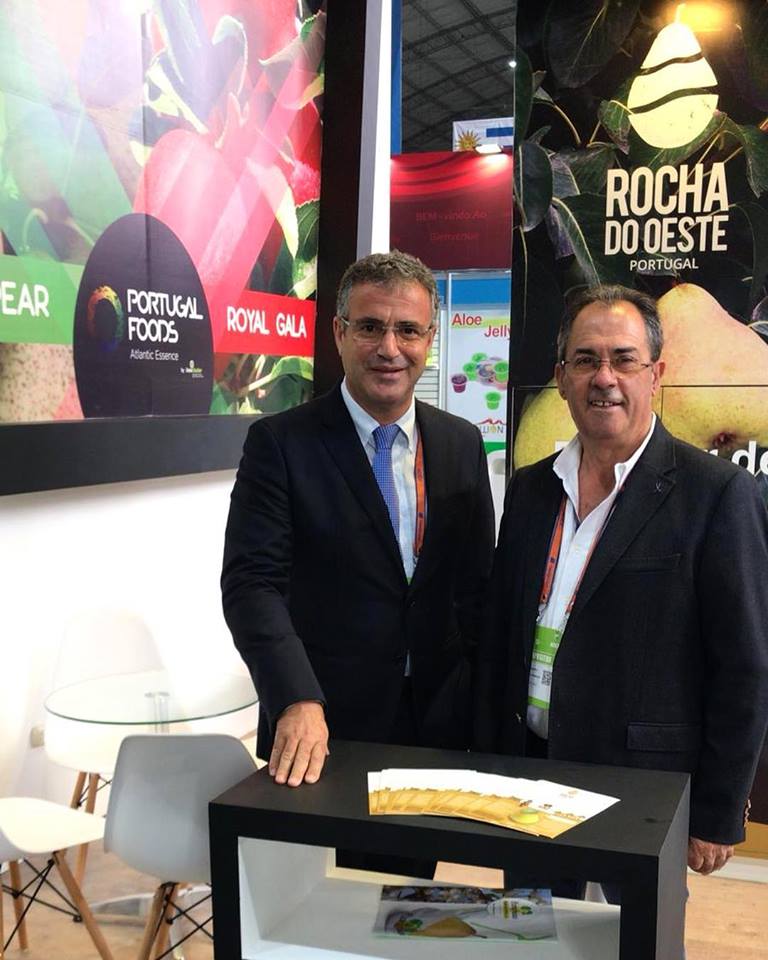 Pera Rocha was the star of the gastronomic journey that brought together 18 chefs, food critics, journalists and international influencers to the Oeste region on the 5th, 6th and 7th of September. The objective of this initiative, organised by ANP – Associação Nacional de Produtores de Pera Rocha (National Association of Pera Rocha Producers) was to spread the word about the characteristics of this exclusively Portuguese product, not only in its fruit form, but also as highly versatile gastronomic ingredient.

Oscar Bosch and Bruno Katz, from Brazil, and Samuel Moreno, from Spain, were the  chefs present on this journey around the flavours of Pera Rocha. Dorit Schmidt, the critic from Germany and the influential bloggers, Elizabeth Atia from the United Kingdom and Sophie Seïté from France, as well as Fábio Moon, the Instagrammer from Brazil, were also part of the group which in total had 18 participants from five of Pera Rocha’s biggest export markets: Germany, Brazil, Spain, France and the United Kingdom. The delegation of  chefs and  influencers also included journalists from specialised and prestigious media, such as Folha de S.Paulo (Brazil).032603

The programme, which took place in the middle of the marketing season, included a visit to an orchard and a wholesale fruit facility, as well a tasting of dishes and flavours, inspired by Pera Rocha and the Portuguese Oeste, the country’s main fruit-growing region. Close to 60% of the production of this fruit is already destined for foreign markets. In 2017, exports exceeded 90 thousand tonnes and reached 80 million euros.