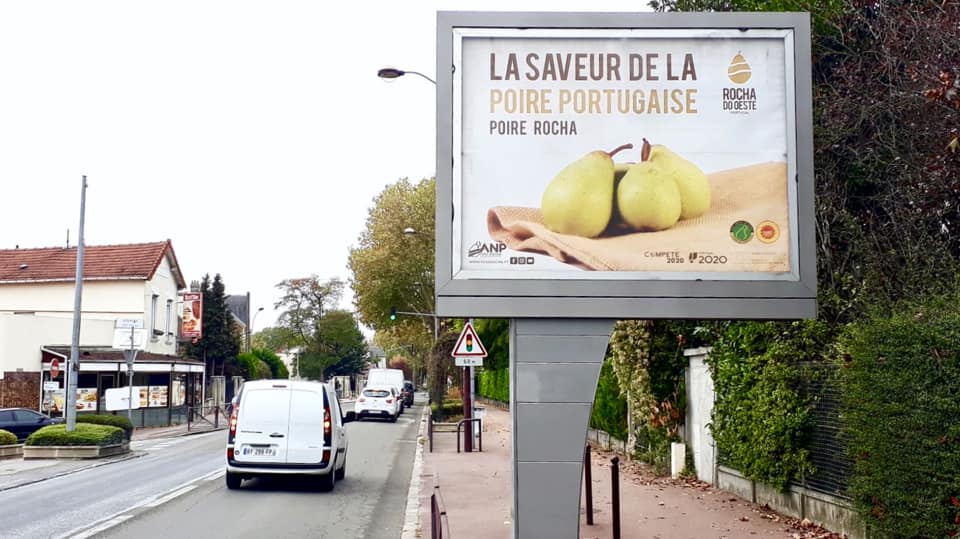 Rocha Pear is going to be the star of an advertising campaign that’s going to spread its sweetness through the streets of Paris. This Portuguese pear variety is going to be on display using outdoor advertising, specifically 340 mupis strategically placed in the French capital, from 24th to 30th October. The objective of ANP – Portuguese Association of Rocha Pear Producers, the promoter of this initiative, is to bring the French consumer closer to this Portuguese product.

The campaign, which will have a close-up shot of Rocha Pear, aims to reinforce the differentiation of this exclusively Portuguese variety – which is known in France as “Portuguese pear” – by informing the end consumer about the distinctive physical qualities of the fruit, including the russeting (name given to the characteristic brown spots, joined at the base and which irregularly spread out over the entire surface of the fruit). At the same time, it intends to make it known that Rocha Pear is available in this market. This variety is currently available in some of the biggest Major Retail banners present in France. “La Saveur de la Poire Portugaise, Poire Rocha” (The flavour of Rocha Pear, the Portuguese pear) is the outdoor advertising campaign’s slogan.