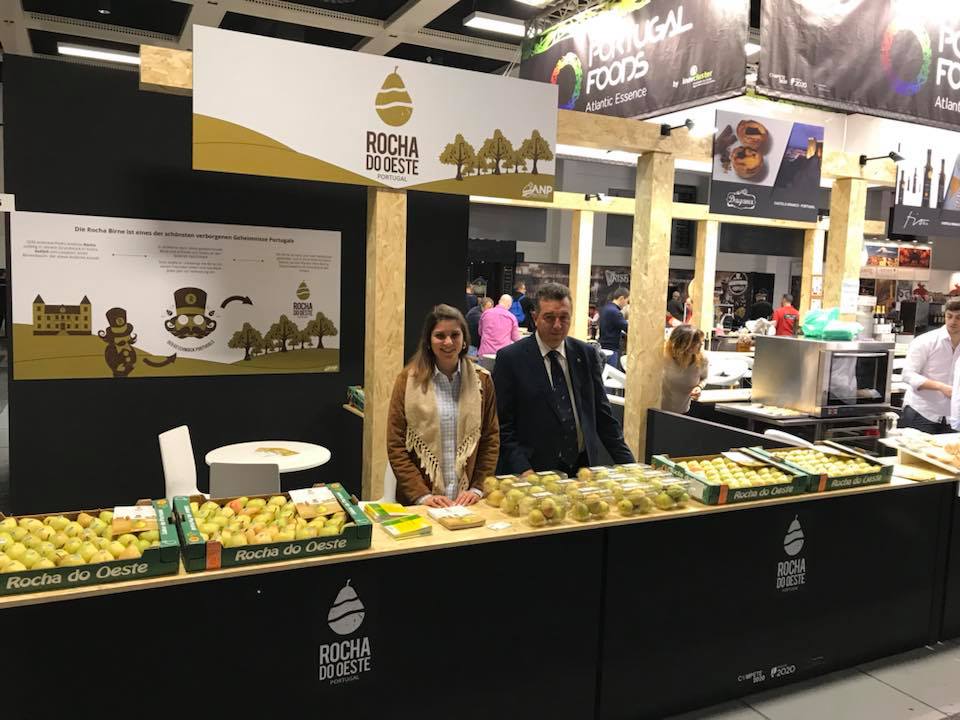 The ANP – Associação Nacional de Produtores de Pera Rocha (National Association of Pera Rocha Producers) was present at the Berlin International Green Week which took place from 19th to 28th January. This is one of the most important international trade fairs dedicated to food and agriculture and every year, it brings together over 1600 companies and organisations from all over the world.

Its presence in Berlin aimed to publicise Pera Rocha to German consumers and was part of the Pera Rocha Global Promotion in Foreign Markets Project, devised by ANP to reinforce exports in five markets considered to be strategic (Germany, France, the United Kingdom, Brazil and Spain). The objective is to place value on this Portuguese fruit, increasing its visibility abroad.

Between January and November 2017, Pera Rocha exports exceeded 82.4 million euros, an increase of 19% compared to 2016. Through promotion and publicity initiatives, the ANP hopes to achieve 100 million euros in exports in 2019, which is the equivalent of a growth of 21% compared to the current value of the international sales of this fruit, which is unique in the world and only produced in Portugal.

Brazil, the United Kingdom, France, Germany and Morocco, in that order, are Pera Rocha’s main destinations and accounted for 81% of the value of the exports from January to November 2017. The German market in particular recorded a 90% growth, reaching almost 8.2 million euros in exports during the same period.